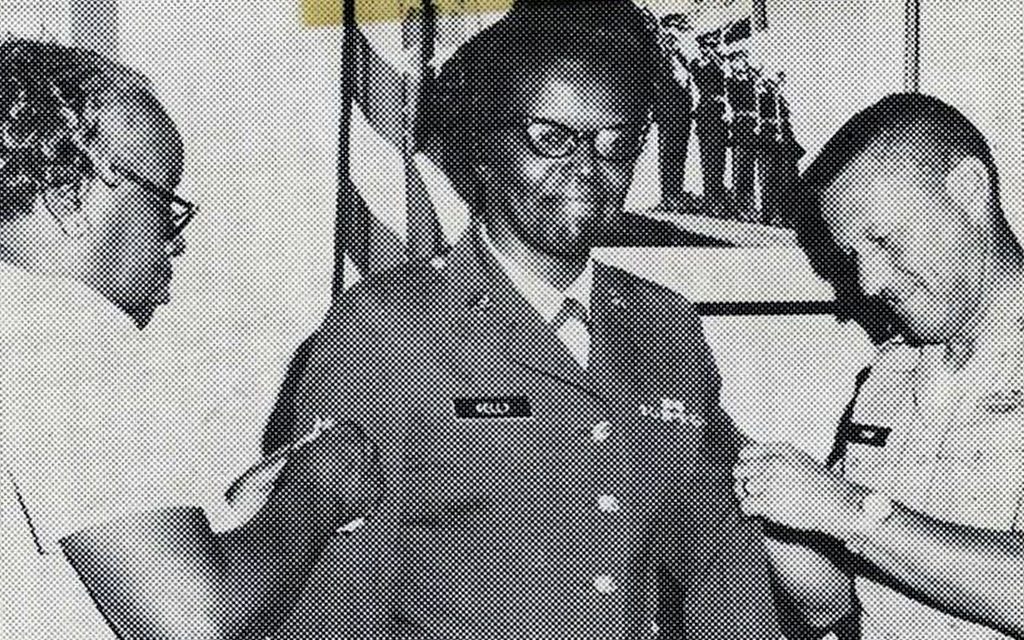 Mildred C. Kelly taught high school in Tennessee for just one year when she abruptly chose a drastic career change.

She was 22 years old and out with friends when they all decided to take the entrance exam and enlist in the military. But on the day they were to report to the Army, she was alone.

“I was the only one that showed up that day,” she recounted in a C-Span interview in 1995. “It was just spur of the moment. I didn’t really intend to stay in.”

She ended up serving in the U.S. Army for 26 years, making history twice in senior enlisted positions, first while at the Pentagon and later at Aberdeen Proving Ground in Aberdeen, Md.

A native of Chattanooga, Tenn., Kelly graduated from Knoxville College with a degree in chemistry in 1949.  She taught high school for one year before joining the Women’s Army Corps in 1950.

In 1972, while serving at the Pentagon, Kelly made history when she became the first black female Sergeant Major in the Army. Two years later she was promoted to Command Sergeant Major at Aberdeen Proving Ground, making her the first woman to hold the highest enlisted position at a major Army installation with a predominantly male population.

Kelly retired from the Army in 1976 but never stopped working for veterans.

An early pioneer for women in the military, Kelly sought to memorialize women’s service in the armed forces. She worked with the Women in Military Service for America Memorial Foundation to build a permanent museum recognizing women’s achievements in military service. The elegant Women In Military Service For America Memorial built at the entrance to Arlington National Cemetery was dedicated in 1997 following a lengthy fundraising campaign. Often simply referred to as the Women’s Memorial, it houses memorabilia, artifacts and photographs recording the history of women serving in the U.S. Armed Forces.

Besides working with the foundation that built the Women’s Memorial, Kelly served on the Maryland Veterans Commission, the Veteran’s Advisory Board and the National Association of Black Military Women. She was also a past president of Chapter 16 of the WAC Veterans Association.

Kelly died in 2003. She is buried at Arlington National Cemetery in Section 67.