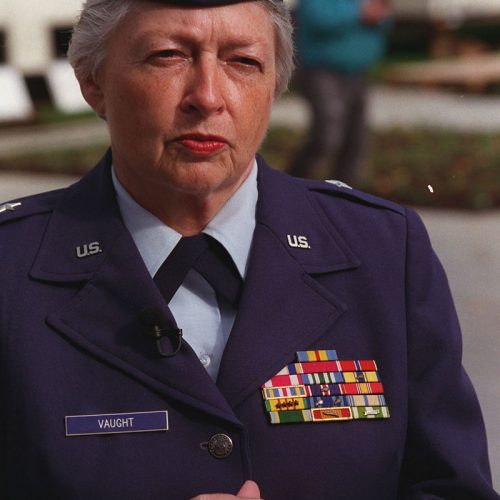 Brigadier General Wilma L. Vaught, USAF, Retired, is President of the Board of Directors of the Women In Military Service For America Memorial Foundation, Inc. Her last military assignment was as Commander of the US Military Entrance Processing Command, North Chicago, IL, where she served from June 1982, until her retirement in August 1985. She is a member of the Board of Directors of the National Women’s History Museum and serves on the Virginia War Memorial Foundation Board of Trustees. Following retirement, she worked as a consultant with the Strategic Defense Initiative Organization as well as with industry. She speaks around the US on leadership and management and is a frequent guest on radio and television programs.

A native of Illinois, General Vaught earned a Bachelor of Science degree from the University of Illinois, Champaign-Urbana from which she received the Distinguished Alumni Achievement Award in 1983; she also holds a Master of Business Administration degree from the University of Alabama, Tuscaloosa, and an Honorary Doctorate of Public Affairs from Columbia College, SC. She is the first Air Force woman graduate of the Industrial College of the Armed Forces.

During her military career, she held various positions in the comptroller field at Barksdale AFB, LA; Zaragoza AFB, Spain; McCoy AFB, Orlando, FL; HQ, Military Assistance Command, Saigon, Vietnam; USAF Logistics Command, Wright Patterson AFB, Dayton, OH; the Air Staff, The Pentagon, Washington, DC; and she was the Deputy Chief of Staff, Comptroller, USAF Systems Command, Andrews AFB, MD. General Vaught served as Chairperson of the NATO Women in the Allied Forces Committee from 1983 to 1985 and was the senior woman military representative to the Defense Advisory Committee on Women in the Services from 1982 to 1985. 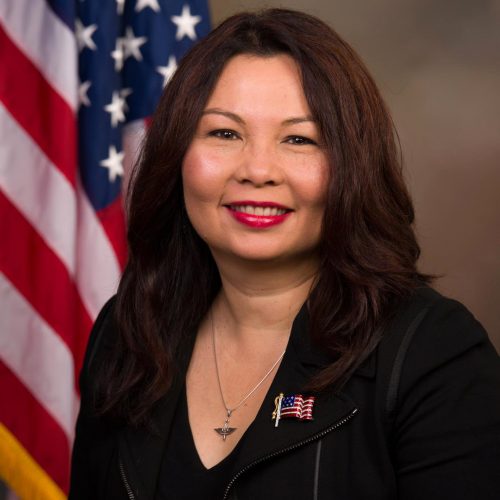 CONGRESSWOMAN TAMMY DUCKWORTH is an Iraq War Veteran and represents the 8th Congressional District in Illinois. A former Blackhawk helicopter pilot for the Illinois Army National Guard, she was one of the first Army women to fly combat missions during Operation Iraqi Freedom. Duckworth was awarded a Purple Heart for her combat injuries. She continues to drill as a Lieutenant Colonel in the Illinois Army National Guard. She is an ardent advocate for our Nation’s service members and their families.