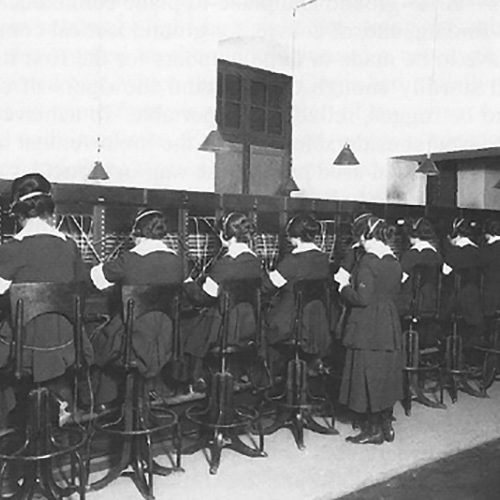 The history of the "Hello Girls" begins in late 1917, when General Pershing's appeal for bilingual telephone-switchboard operators was published in newspapers throughout the United States. It was called an "Emergency Appeal" and specifically requested that women, who held the position of switchboard operators exclusively in the new Bell Telephone Company, be sworn into the U.S. Army Signal Corps. Pershing wanted women to be sworn into the Army as an emergency need, because, he stated, women have the patience and perseverance to do long, arduous detailed work. He had found that the men in the Signal Corps had difficulty operating the switchboards for these reasons and he also wanted them to be in the field, constantly stringing the wire necessary for communication from the trenches to the A.E.F. GHQ at Chaumont. It was the first time in the history of warfare that soldiers in the front-lines were connected to the General command. The army discharged the last Hello Girls in 1920, the same year Congress ratified the Nineteenth Amendment granting the ballot. When the operators sailed home, the army unexpectedly dismissed them without veterans’ benefits. They began a sixty-year battle that a handful of survivors carried to triumph in 1979. 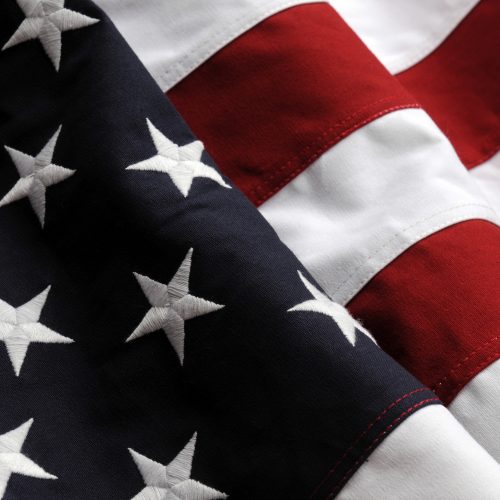 Ella E. Gibson Hobart (Posthumously) served as the chaplain of the 1st Wisconsin Regiment of Heavy Artillery, during the Civil War, but Secretary of War Edwin Stanton refused to recognize her status.

Reverend Alice M. Henderson, a minister in the African Methodist Episcopal (AME) Church, became the first woman to officially serve in the U.S. Army Chaplain Corps in July 1974. She was sworn in at a ceremony at U.S. Army Forces Command (FORSCOM) at Fort McPherson, GA and served for 13 years.

Chaplain (CPT) Mel O'Malley, regularly shares her unique experience as a female in ministry with potential future chaplains in her position with the South Central Chaplain Recruiting Team. It has been an adjustment to get used to being the only female Chaplain in the room and even to work with colleagues who don't affirm women in ministry.

Chaplain (CPT) LeyAnne Ward and Chaplain (Capt.) Alison Ward brought new meaning to the concept of "sisters in service" in 2010, when the biological sisters were commissioned as chaplains. They both graduated from CH-BOLC in August 2009, commissioned as USAR chaplains in June 2010, and transitioned to Active Duty in September 2012, and began serving at Fort Bragg together in January 2013. 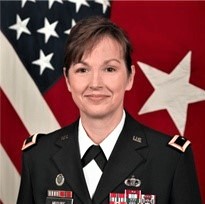 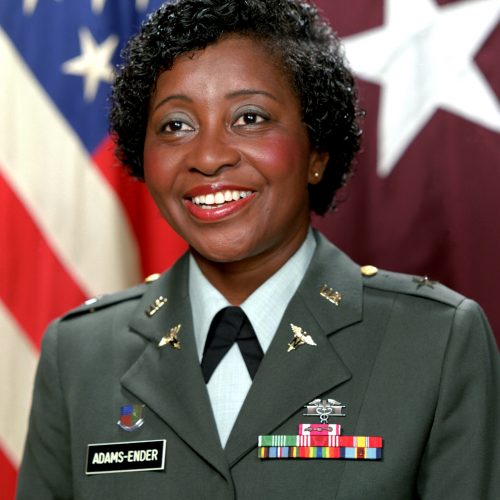 BG Clara Adam-Ender was asked to remain on active duty following her tour as the Army Nurse Corps Chief - a first in the Army - and she became the first Army Nurse in history to command as a general officer when she assumed command of Fort Belvoir, as well as becoming the Deputy Commanding General of the Military District of Washington. 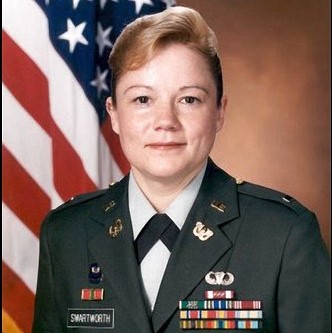 CW5 Sharon Swartworth (Posthumously) was the first woman in the active army to achieve the rank of CW5 and the first woman to serve as the U.S. Army’s Judge Advocate General’s Corps (JAGC) Regimental Chief Warrant Officer. 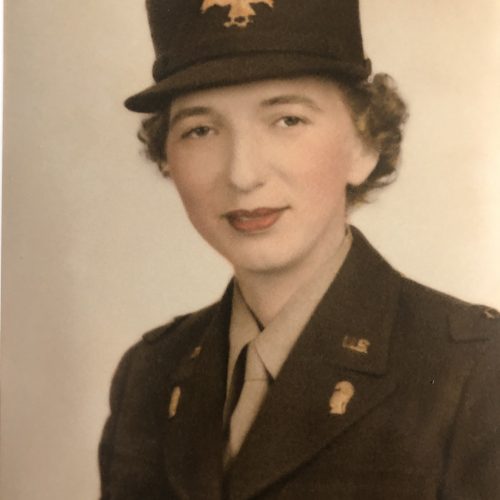 MAJ Helen Loretta (Freudenberger) Holmes was a newspaper journalist and journalism teacher. After graduating from Oklahoma A&M she became editor of the Maud Daily Enterprise. She was the first woman to teach journalism at Oklahoma A&M, which became Oklahoma State University.

Holmes was the first woman in Oklahoma to be sworn into the Women's Army Auxiliary Corps (WAAC) on 9 July 1942 due to the death of her mother, which resulted in her being sworn in before the rest of the first class of recruits. She served in Washington, DC as the WAC's public relations officer. She was promoted to captain as an intelligence officer. After a diagnosis of tuberculosis, she returned stateside and was among the first group of patients to be treated with penicillin, which was still in an experimental phase. She was promoted to major and in 1948 retired from active duty.
She served on the Guthrie, Oklahoma City Council, and in 1979 she was elected mayor.

She wrote a two-volume history of Logan County, Oklahoma. Holmes died on March 22, 1997.

In 2019 and 2020 Holmes was posthumously inducted into the U.S. Army Women’s Foundation, the Oklahoma Historians, the Oklahoma Journalism and the Oklahoma Women's halls of fame. In addition, she was named a Distinguished Alumna of the Oklahoma State University College of Arts and Sciences. 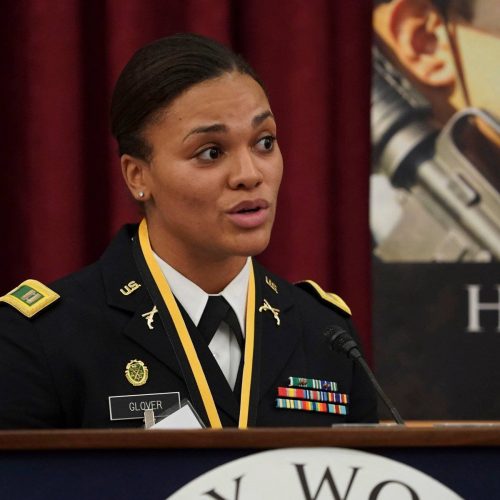 1LT Lauran Glover made history in November 2014, when she was selected as the first woman drill commander of the U.S. Army Drill Team, 4th Battalion, 3rd Infantry Regiment (The Old Guard). Initially, Glover ruled out any chance of joining the US Army Drill Team because she did not fit the typical mode of the team’s leadership. Traditionally, the commander was an infantry officer. 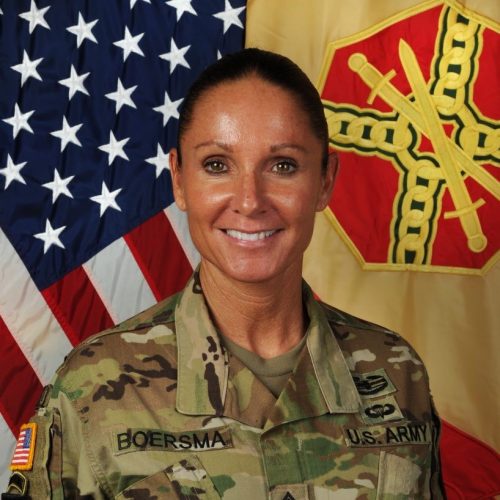 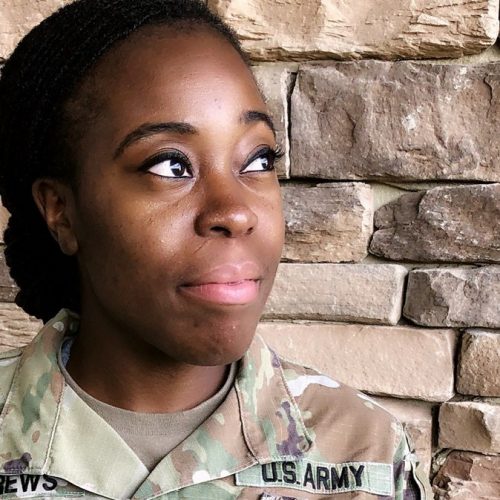 Advocate for the successful revision of the AR 670-1 policy, Hair and Grooming Standards 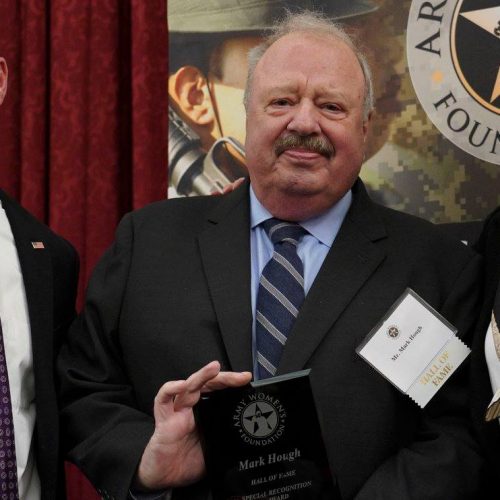 Attorney and Advocate for the "The Hello Girls", the Signal Corps Soldiers from WWI

Mr. Mark Hough - Mr. Mark Hough is the attorney who helped the World War I Signal Corps Switchboard operators receive official recognition as having served in the U.S. Army. He worked tirelessly with the women veterans and their families to get them recognized for their service during World War I.
The success ultimately came in November 1978 when President Jimmy Carter signed a veterans' bill containing provisions that made possible official discharge papers and Victory Medals for the women who had served in the Signal Corps during World War I.
Had Mark Hough not done this, it is almost certain their story would have been lost to history. 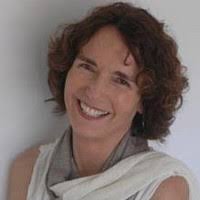 Author of the Book, "The Hello Girls: The First Women Soldiers of WWI"

Dr. Elizabeth Cobbs - Dr. Cobbs's The Hello Girls: America's First Women Soldiers was published by Harvard University Press in 2017, the 100th anniversary of the U.S. entry into World War I. The book chronicles the first women Switchboard Operators' service in France during World War I with the United States Army Signal Corps and their later battle to receive veterans benefits for their service. Through her well-researched book, she revealed the challenges “The Hello Girls” faced in a war zone where male soldiers welcomed, resented, wooed, mocked, saluted, and ultimately, celebrated them. 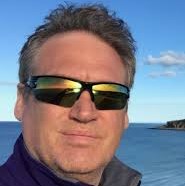 Writer, Director and Executive Producer of the Award Winning Documentary, "The Hello Girls"

Mr. Jim Theres - James William Theres is an award-winning Executive Writer for the Department of Veterans Affairs in Washington D.C., and an award-winning independent documentary filmmaker. He is best known for his documentaries highlighting the history of the Army women who served during World War I and World War II. His documentary, The Hello Girls, tells the relatively unknown story of 223 American women who were recruited, trained, and sent overseas by the US Army Signal Corps to serve as telephone operators during World War I under General Jack Pershing.

The SixTripleEight is a compelling documentary that tells the fascinating story of the only all-female, all-black, Women's Army Corps (WACs) battalion to serve overseas during WWII.
Due to a chaotic mail system in Europe during WWII, servicemen had low morale due to lack of contact with loved ones. In February 1945, the U.S. Army sent 855 black women from the Women’s Army Corps (WACs) to England and France to clear the multi-year backlog of mail and packages. The 6888th Central Postal Directory Battalion was known as the Six Triple Eight — the only all-black female battalion to serve in Europe during WWII. His documentary, the SixTripleEight, tells their incredible story.

His film, the Hello Girls won best Documentary Feature at the Chagrin Documentary Film Festival in 2018 and the People’s Choice Award at the Beloit International Film Festival in 2019. Over May 13-17, 2019, James screened the SixTripleEight, throughout England, courtesy of the United States Embassy in London, at several universities and venues to include the Birmingham, England City Hall, Universities of Manchester, Glasgow, and Cardiff, and the National War Museum in London. The SixTripleEight was nominated for Best Documentary Feature at the 9th Annual Charlotte Black Film Festival.

James Theres has a BA in History from the University of Wisconsin-Whitewater and an MBA from Cardinal Stritch University in Milwaukee, Wisconsin, and an MA in History from Jackson State University.
His first film, The 30th of May, was based on his graduate research project of the same name. The paper received the prestigious Dr. Margaret Walker Alexander Award at the 10th Annual Creative Arts Festival at Jackson State University. The documentary received 10 awards and appeared on
In June 2019, James received the prestigious 2019 Media and Entertainment Award from the Daughters of the American Revolution (DAR) at their National Defense Night Ceremony of their 128th DAR Continental Congress on Saturday, June 29 at DAR Constitution Hall in Washington D.C. Past recipients include Lynn Novick, Director, The Vietnam War with Ken Burns, the Broadway musical Hamilton, the AMC series TURN: Washington’s Spies, and the mini-series John Adams produced by HBO Films.