Click on photo to view more information on each hall of fame inductee. 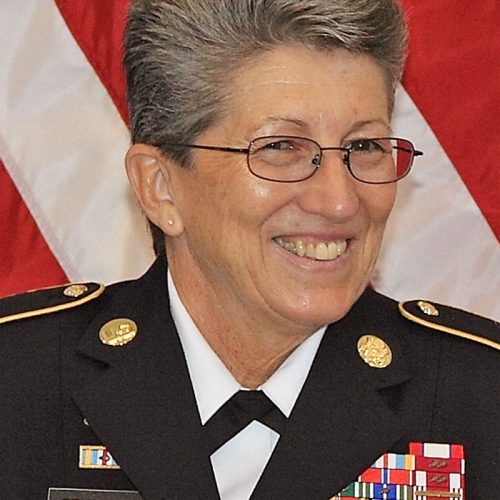 Ms. Pritchett joined the Near East South Asia Center for Strategic Studies February 2010. Ms. Pritchett is responsible for liaison between the NESA Center and Combatant Commander, US Central Command (CENTCOM). Facilitates and enhances two-way executive communications between Commander USCENTCOM, his staff and Director, NESA on senior leader and executive educational outreach and strategic communications issues. Coordinates, provides information, feedback and follow up as required on issues of mutual interests to NESA and USCENTCOM. She is responsible for providing the USCENTCOM staff and other agencies NESA significant activities, initiatives, and other ‎pertinent information. Arranges, coordinates and assists USCENTCOM in hosting visits by NESA personnel or any of its components or subordinate entities.

Prior to joining the Near East South Asia Center for Strategic Studies, Ms. Pritchett was on active duty with the United States Army. She served on active duty for over 36 years with the United States Army Quartermaster Corps where she attained the rank of Command Sergeant Major. During her career with the Army, she was assigned to Alabama, Germany, Pennsylvania, Korea, North Carolina, Kentucky, Somalia, Texas, Virginia, Kansas, Afghanistan and Florida before retiring in March of 2010. She had assignments as supply and property book sergeant, drill sergeant, recruiter, platoon sergeant, operations sergeant, first sergeant, instructor, Student and Faculty Battalion Commander, Battalion, Installation and Sub-unified Combatant Command, Command Sergeant Major.

Ms. Pritchett earned a Bachelor of Science in Administration and Management from Excelsior College, Albany, New York. She is currently pursuing a Master’s Degree in International Relations from Troy University. Ms. Pritchett graduated from the U.S. Army Sergeants Major Academy, Class 37 at Fort Bliss, Texas and is a graduate of the Senior Executive Seminar at the Near East South Asia Center for Strategic Studies. 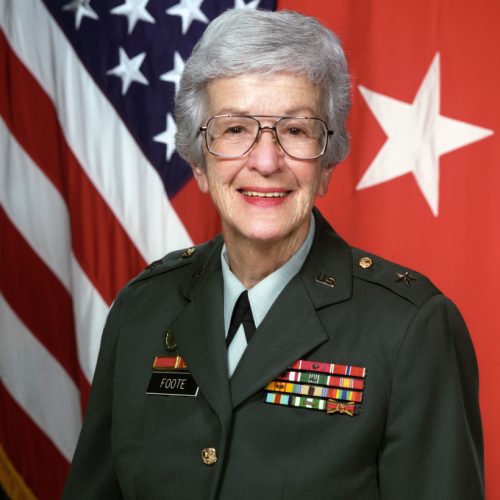 Brigadier General Pat Foote, a native of Durham, North Carolina served over 30 years with the United States Army. Commissioned in 1960, she commanded soldiers at the company, battalion, brigade and major installation levels. She was the first woman Army officer to serve on the faculty of the U.S. Army War College, the first woman officer to command an Army brigade in Europe and the first (and only) woman to be appointed as Army Deputy Inspector General for Inspections. Staff assignments included a tour of duty in Vietnam and as the Plans and Projects Officer for the Director of the Woman's Army Corps in the early 70's. Her final assignment before her retirement in 1989 was as Commanding General, Fort Belvoir, Virginia. She was recalled to active duty in 1996 to serve as Vice Chair of the Secretary of the Army's Senior Review Panel on Sexual Harassment. She resumed her retired status in 1997.

Today, she continues to be involved in assessing current military personnel policies and public policy issues. In 2010 she was reappointed by President Obama to serve on the American Battle Monuments Commission. She serves on a number of boards to include the Alliance for National Defense, the Army Women's Foundation Advisory Board, the Board of Directors of Friends of the World War II Memorial Foundation, and the Board of Directors of Colmek Systems Engineering, Inc.