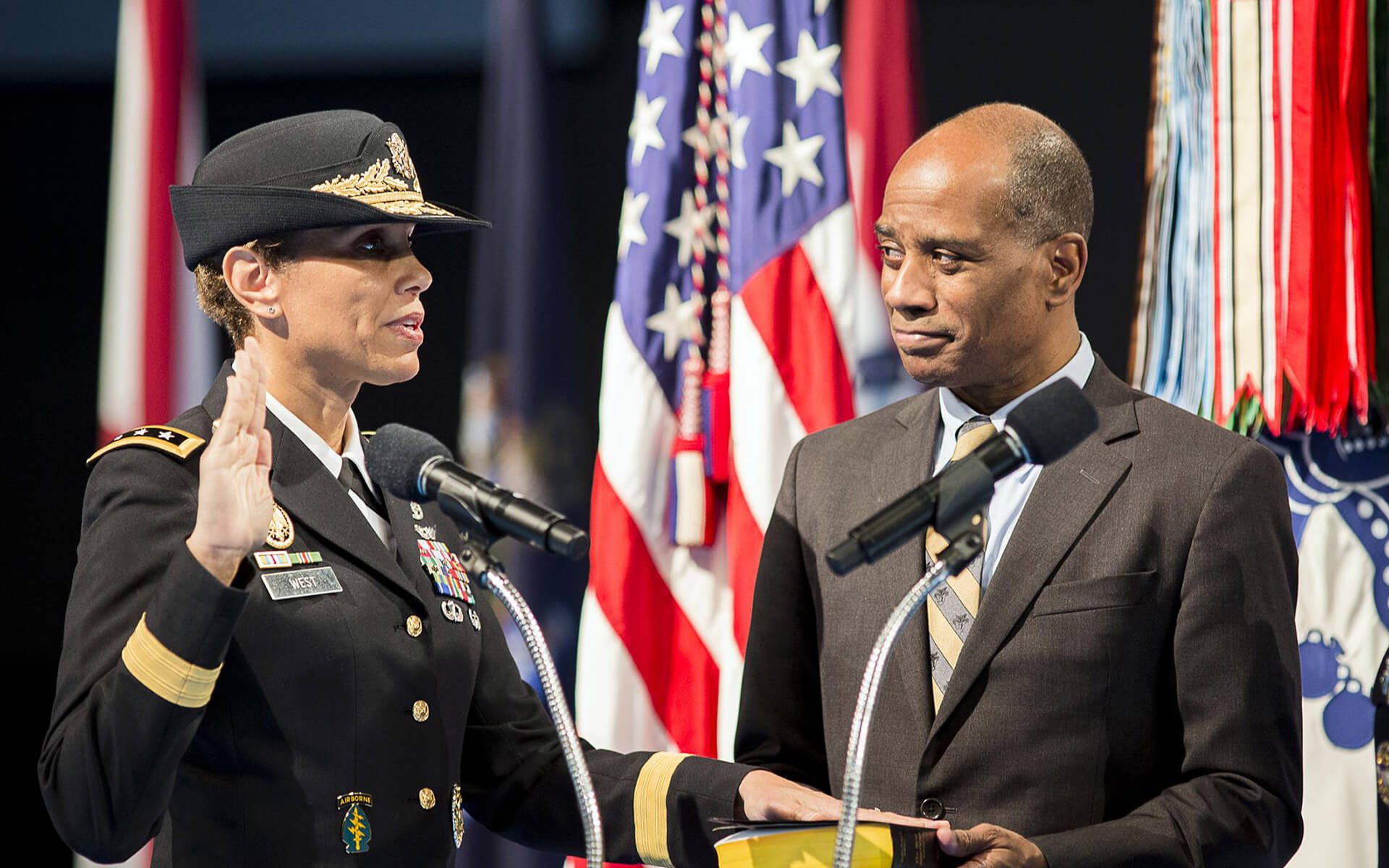 Lt. General West distinguished herself through numerous achievements in the U.S. Army and her career path followed a trajectory of “firsts.”

After a U.S. Senate confirmation on Dec. 9, 2015, West became the first African American – man or woman — to be appointed surgeon general of the U.S. Army. The position of surgeon general comes with a third star, making West the first African American female lieutenant general. Her promotion also made her the highest-ranking female graduate of the U.S. Military Academy.

Prior to her appointment as Army Surgeon General, West served at the Pentagon as Joint Staff Surgeon, serving as the chief medical advisor to the Chairman of the Joint Chiefs of Staff. She was Army Medicine’s first African American woman to wear two stars.

West graduated the U.S. Military Academy with a Bachelor of Science degree in Engineering, and George Washington University School of Medicine with a Doctorate of Medicine degree.

She is married to Col. Donald West, USA, Ret., who was a medical task force commander in Afghanistan and Iraq. The couple has two children, daughter Sydney, and son, Logan, a USMA cadet.

Even before she entered West Point, West was no stranger to Army life. Orphaned in Germany as a baby, West was adopted and raised by Oscar and Mabel Grammer. Oscar was an Army warrant officer who served for 33 years and retired as a CW4. Mabel was a civil rights activist and journalist who also volunteered with Army Family Services for more than 20 years. Theirs was a large household: West was the 12th child the couple adopted. Ten of the children served in the military: one in the U.S. Navy, one in the U.S. Air Force and 8, including West, in the U.S. Army. In an alumni magazine interview, West joked to a publication of George Washington University School of Medicine, “Dad had his own mini draft for the family.”