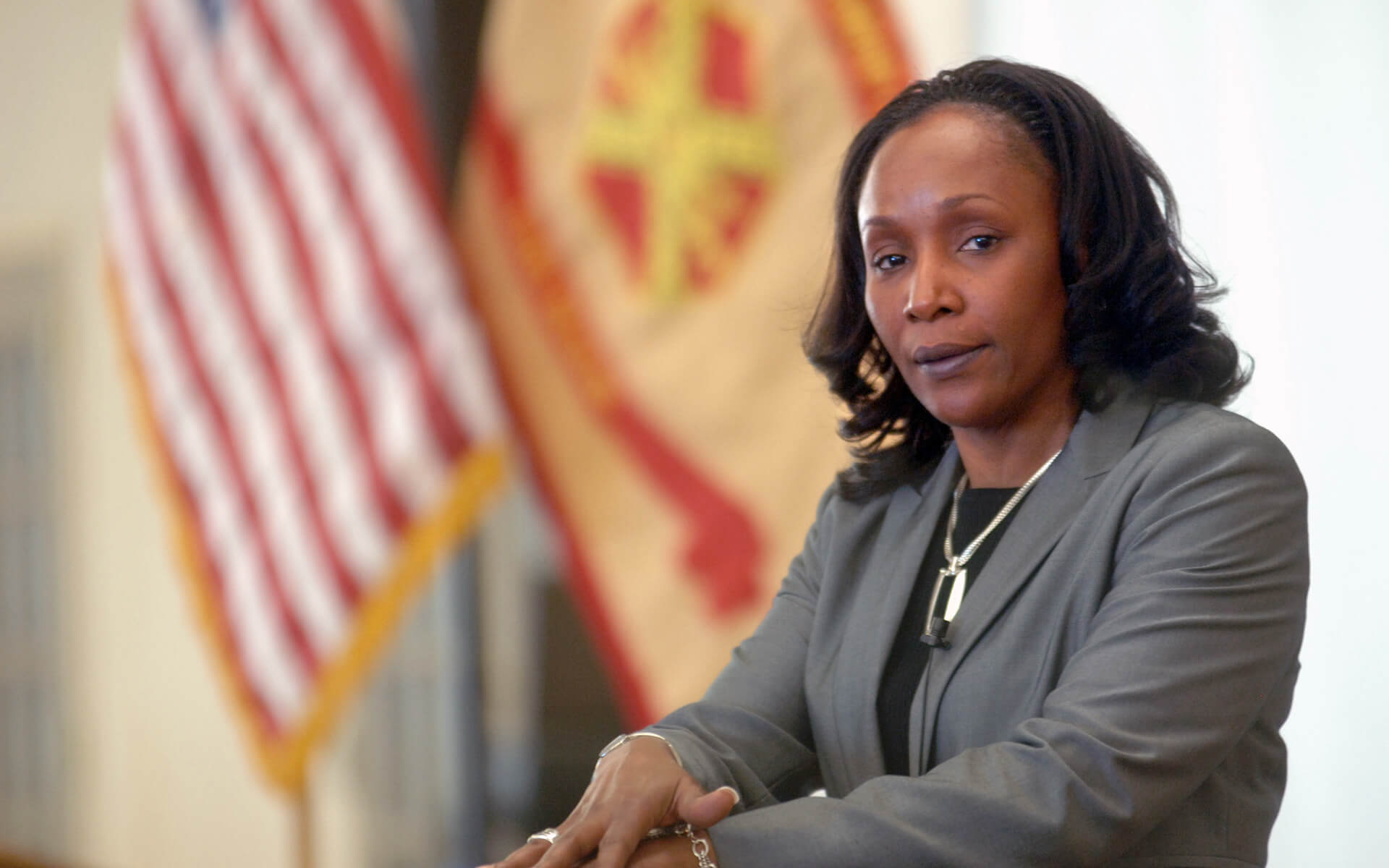 Command Sgt. Maj. Michele S. Jones was the first woman to reach the position of command sergeant major of the U.S. Army Reserve, a post she held from Oct. 2002 through August 2006. She was the first female non-commissioned officer to serve in the highest enlisted position of the U.S. Army Reserve, and was at one time the highest-ranking enlisted African-American female in any branch of the United States military. She also has the distinction of being the first woman to serve as Class President at the Sergeant Majors Academy. A career soldier, she retired in March 2007 after serving 25 years in the Army.

But the Baltimore, Md., native continued to serve her country. Following her retirement from the Army, Jones was appointed as a member of the Senior Executive Service from 2009 to 2012. She held several key positions, including Director of External Veterans/Military Affairs and Community Outreach for the office of President Barack Obama.

She was inducted into the Army Women’s Foundation Hall of Fame in 2014. Upon accepting her Hall of Fame award, Jones praised the women who came before her, saying she achieved success on the shoulders of others. Jones also pointed out that every woman who ever served in the U.S. military served because they volunteered to do so.