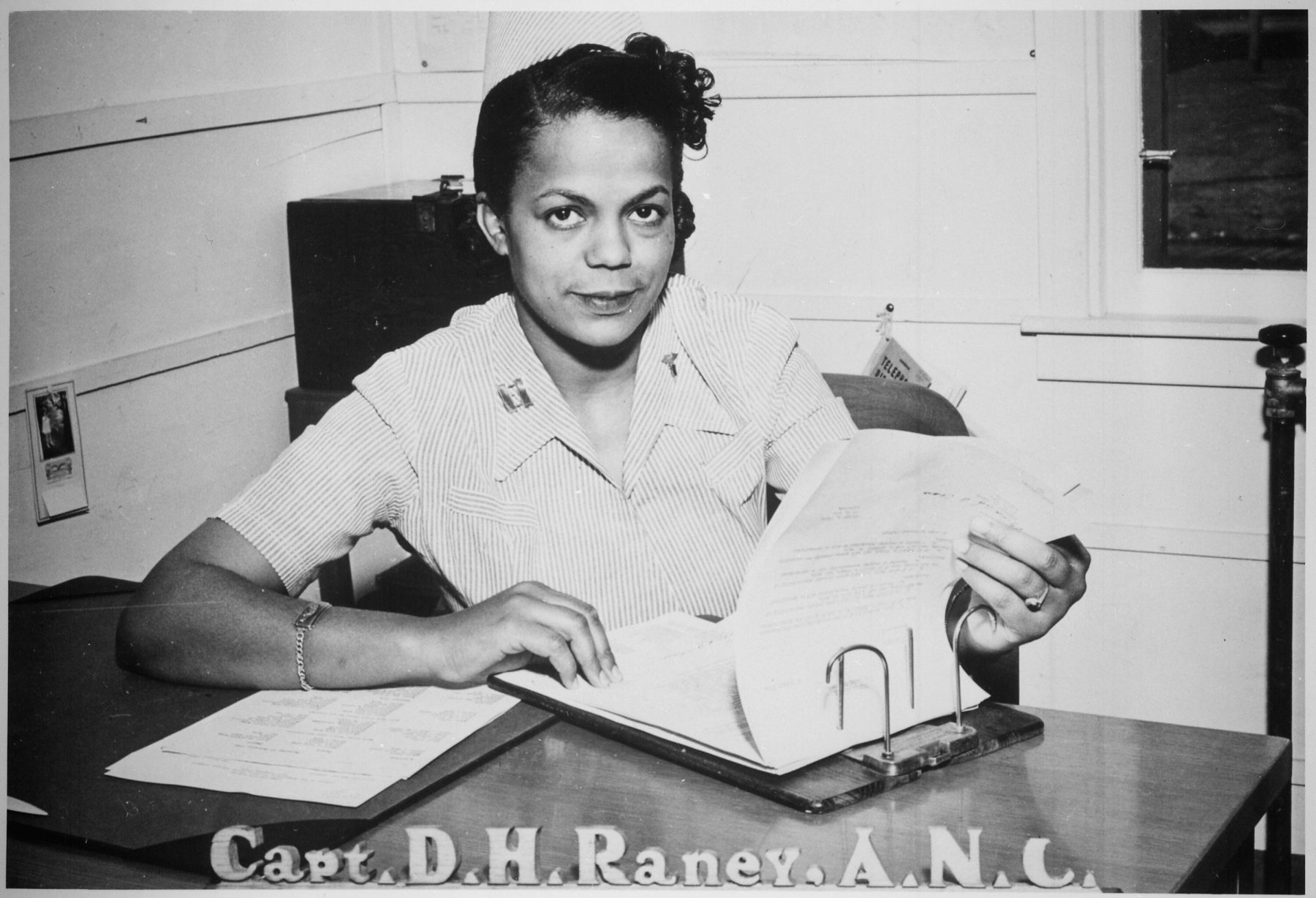 It’s understandable that Della Raney became known as “Maw Raney” to the nurses she supervised at Tuskegee Army Air Field during World War II. She was the principal chief nurse to up to 20 nurses at any one time during her almost three-year tenure on the base before being promoted to captain. She had to lead these women into a career where they would be discriminated against because of their gender and their race.

Della Hayden Raney was born on January 10, 1912 in Suffolk, Virginia. Suffolk, Virginia as well as Detroit, Michigan have been mentioned as hometowns. Raney was a graduate of the Lincoln Hospital School of Nursing in Durham, North Carolina. Lincoln is credited as the first program for “Negro” nursing students in the United States. She also served as an operating room supervisor at Lincoln Hospital.

This professional nurse made military and nursing history when she became the first African-American who was commissioned as a second lieutenant in the Army Nurse Corps (ANC) during World War II in 1941. In order to join the ANC, a candidate had to have been recruited and a member of the American Red Cross, a graduate of a nursing school, a registered professional nurse and a member of a national nursing organization. Raney fit the requirements and became the first nurse to report for duty at Fort Bragg, North Carolina, thus beginning her first tour of duty. She was later promoted as chief nurse at Fort Bragg becoming the first African-American nurse to be appointed as a chief nurse. She made history yet again when she was transferred to Tuskegee Army Air Field (TAAF) in Tuskegee, Alabama in March 1942 as principal chief nurse with the rank of first lieutenant.

After World War II, she served at various bases in the United States including Camp Beale, California. She also had a tour of duty in Japan. Her tenure in the ANC was from April 1941 to February 1950. She was honored with the following medals related to her military experience: Good Conduct Medal, Women’s Army Corps Service Medal, WWII Victory Medal, Asiatic-Pacific Campaign Medal, and the American Campaign Medal. In 1978, the year she retired, the Tuskegee Airmen honored her “for her achievements that personified the Tuskegee Spirit.”