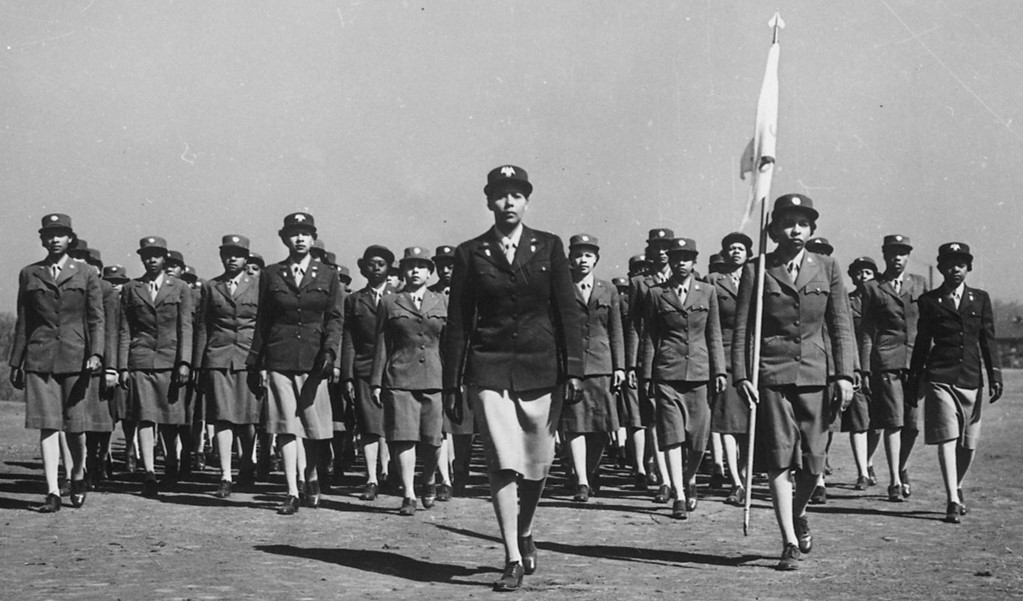 On March 14, 2022, the President signed PL 117-97,  “Six Triple Eight” Congressional Gold Medal Act of 2021  into law.  This bill provides for the award of a Congressional Gold Medal to the women of the 6888th Central Postal Directory Battalion (commonly known as the Six Triple Eight) in recognition of their pioneering military service, devotion to duty, and contributions to increase the morale of personnel stationed in the European theater of operations during World War II. To view PL 117-97 to https://www.congress.gov/public-laws/117th-congress

“I am beaming knowing that the Six Triple Eight Congressional Gold Medal Act is now signed into law! I want to thank Senator Moran and Rep. LaTurner for their leadership and partnership in this effort which was invaluable,” said Congresswoman Moore. “I also want to thank the advocates whose work ensure that this story of sacrifice was not lost to history. This legislation is for my constituent, Ms. Anne Mae Wilson Robertson, and every unsung hero of the Six Triple Eight. In signing this legislation into law, our nation, in perpetuity, honors these trailblazing sheroes and helps ensure their service is always remembered. Now, work can begin on designing the coin and planning the formal congressional ceremony to present the Gold Medal to these women and/or their families.”

“The women of the Six Triple Eight have earned a special place in history for their service to our nation, and as of today, their sacrifice is enshrined into law with the highest distinction Congress can bestow,” said Senator Moran. “It has been an honor to meet members of the battalion and help lead this effort to award the Six Triple Eight with the Congressional Gold Medal – the highest expression of national appreciation from Congress. Though the odds were set against them, the women of the Six Triple Eight processed millions of letters and packages during their deployment in Europe, helping connect WWII soldiers with their loved ones back home – like my father and mother. Our nation will always be grateful to the members of the Six Triple Eight and now, nearly 80 years after their service, we are finally able to recognize these extraordinary women on the national stage. Thank you to the President for acting quickly to sign this legislation into law, Rep. Moore and Rep. LaTurner for leading this effort in the House and Col. Edna Cummings for her tireless work advocating for the Six Triple Eight to be honored on behalf of a grateful nation.”

“The heroic, barrier-breaking members of the Six Triple Eight Battalion – which included brave Nevada women – played a crucial role in the operations of our armed forces during World War II,” said Senator Rosen. “They deserve our nation’s highest honors for their service. There is no better time to give them this long-overdue recognition than during Women’s History Month, and I’m proud to see President Biden sign our bipartisan legislation into law.”

“I’m pleased that legislation to award the Six Triple Eight with the Congressional Gold Medal is officially signed into law. After eight decades, these brave women will finally get the recognition they deserve for their heroic service to our nation during World War II,” said Rep. LaTurner. “I want to thank my colleagues, Congresswoman Moore and Senator Moran, for their efforts in getting this legislation across the finish line.”

The Six Triple Eight was the only all-black, all-female battalion to serve overseas during World War II, and they were responsible for clearing out an overwhelming backlog of mail, making certain American troops received letters from home to boost their morale.

“It never occurred to me that it would happen,” said Major Fannie McClendon, (Ret.) USAF, 6888th veteran.