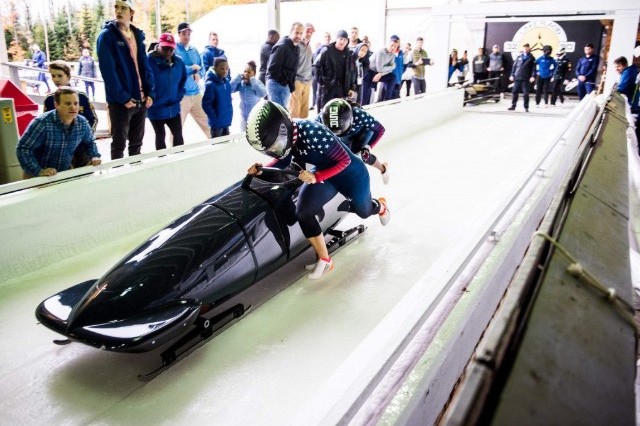 Once an Olympic hopeful, Army captain finds victory in nursing

Once an Olympic hopeful, Army captain finds victory in nursing

WASHINGTON — Kristi Koplin has an impressive athletic background in track and field. She currently holds Southern Utah University’s school record in the hammer throw, discus and weight throw. She was an alternate in the 2014 Olympics and is a former member of the Army’s World Class Athlete Program in the bobsled.

But these days Koplin is experiencing victory as a captain in the Army Nursing Corps with the 328th Field Hospital at Fort Douglas, Utah; a nurse at Urgent Care in Heber City and Park City, Utah; and a graduate of U.S. Army Airborne School.

In 2014, Koplin was selected as an alternate in the Winter Olympics in Sochi, Russia. For the next three years, she competed on the North American and World Cup circuits. In 2018 and 2019, she began training for the 2022 Winter Olympics in Beijing, China.