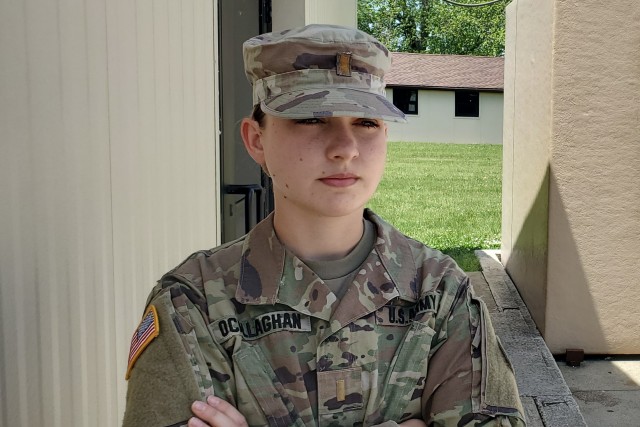 COLUMBUS, Ohio – The Ohio National Guard’s support during the COVID-19 pandemic has presented many firsts for the organization. It marks the first time since the Blizzard of 1978 that the Guard has responded to serve the state on such a large scale. The Guard’s overall COVID-19 response, known as Operation Steady Resolve, is the first time Ohio’s Army Guard, Air Guard, Naval Militia and Military Reserve have been activated under one joint task force.

Among the hundreds of Soldiers, Airmen and other personnel who have answered the call to serve on the front lines of the COVID-19 response is one who had already achieved a historic first of her own for the organization. Second Lt. Colleen O’Callaghan is the first woman in the Ohio National Guard’s 232-year history to become an Army infantry officer. With the integration of women into combat arms still in its infancy – the Department of Defense began allowing them to serve in direct combat units just over five years ago – O’Callaghan took a leap of faith to start her journey toward becoming an infantry officer.