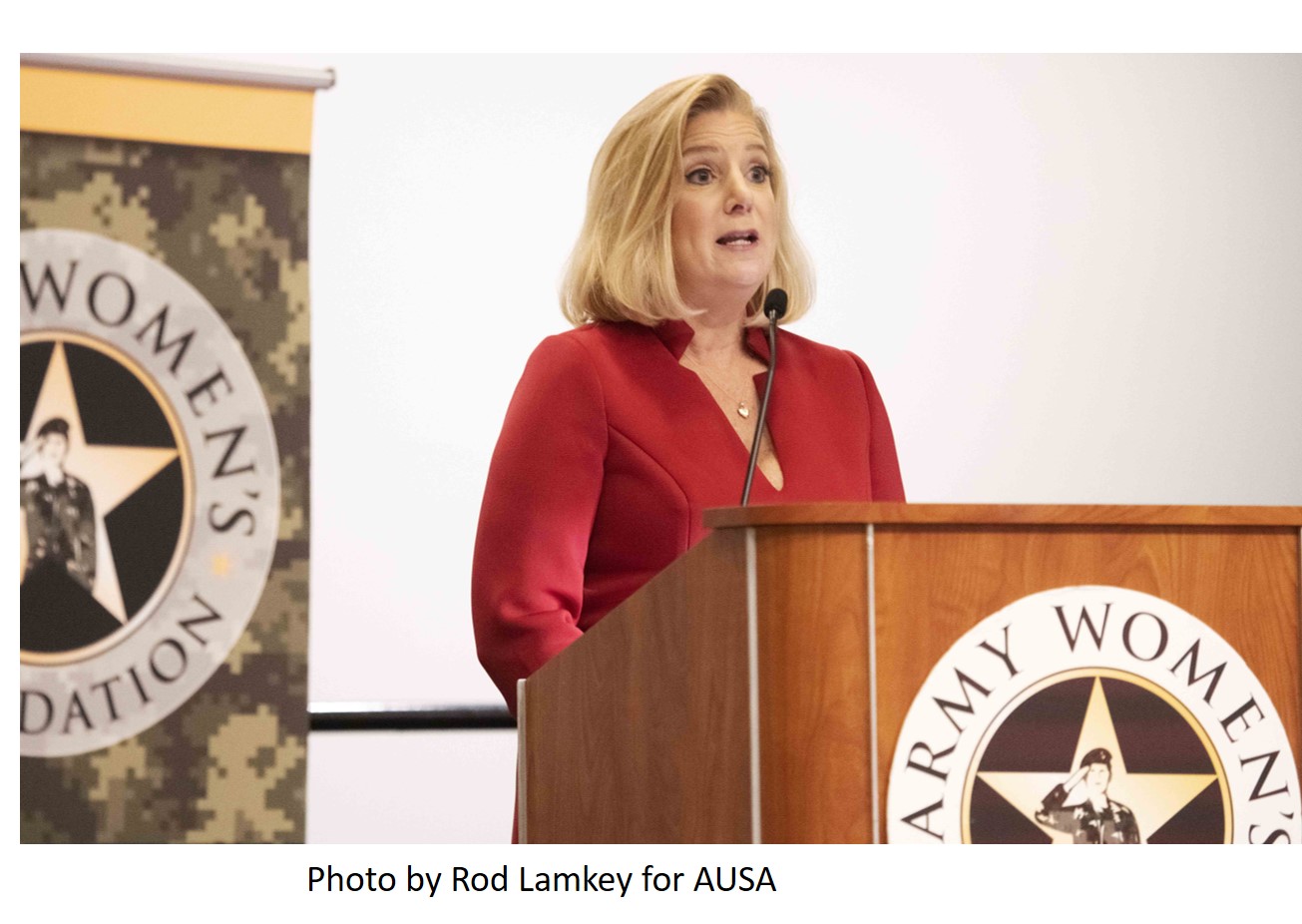 By Anne MacdonaldNovember 9, 2021No Comments
News

By Anne MacdonaldNovember 9, 2021 No Comments

We were honored to have the Secretary of the United States Army, The Honorable Christine E. Wormuth, present opening remarks at our October 2021 Leadership Symposium and share ‘that the future for Army Women is bright.’  ” I hope by setting an example of what’s possible as a woman in the Army,  that will hopefully inspire and motivate younger women in the Army who are just beginning their careers,” Wormuth said during the Army Women’s Foundation Leadership Symposium at the Association of the U.S. Army’s 2021 Annual Meeting and Exposition.  Click here to read AUSA article https://www.ausa.org/news/future-army-women-bright-secretary-says

COL Edna Cummings, Army Reserve Ambassador to Maryland, provided a heartfelt tribute to the 6888th Central Directory Postal Battalion and updated the status of the 6888th Congressional Gold Medal.  Her presentation was followed by two lively panels moderated by BG Hope C. Rampy, the 62nd Adjutant General of the Army.

If you missed the symposium, you can watch it by clicking the link below.