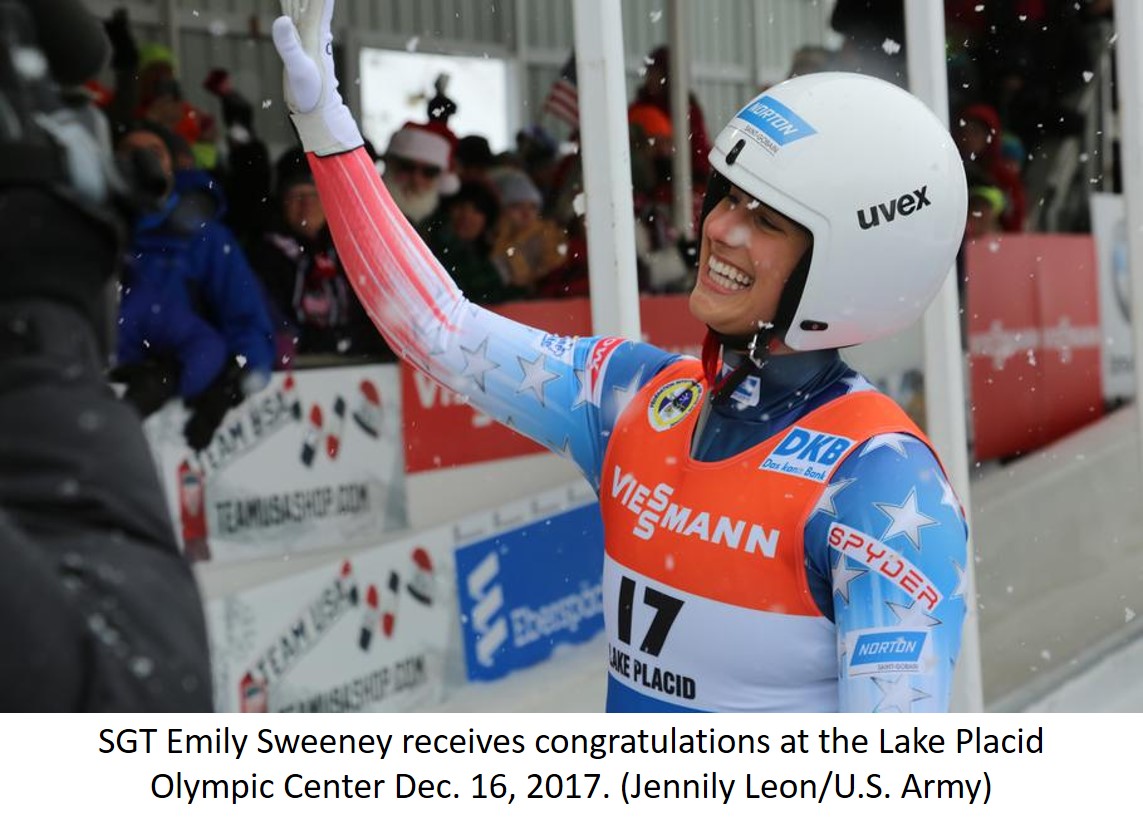 By Anne MacdonaldJanuary 19, 2022No Comments
News

By Anne MacdonaldJanuary 19, 2022 No Comments

U.S. Army Sergeant Emily Sweeney, a military police soldier and member of the Army’s World Class Athlete Program, will compete in the 2022 Winter Olympics as part of Team USA’s luge team. This will be the second Winter Olympics for Sweeney, who has been racing in luge for more than a decade. “I am proud of myself that I was able to push through a lot,” she said. Pictures below are both of SGT Sweeney. US Army Photos

Several other soldiers are also vying for the chance to compete at the Winter Games that begin in February in Beijing. Among them is Army Specialist Lake Kwaza, who came one step closer to qualifying when she and her partner, Elana Meyers Taylor, won a bobsled World Cup event in Latvia. Team USA is expected to be finalized by January 25.