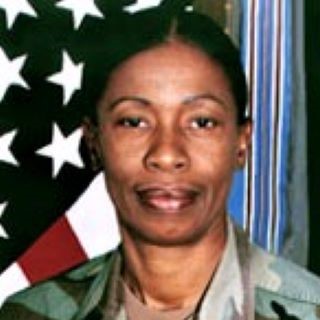 Evelyn Hollis made history in April 2004 when she became the first woman command sergeant major of a combat arms unit.

The history-making trail she blazed, however, started not with a lifelong dream, but with a simple stroll with her mother, Evelyn Louise Hollis, when they lived in Youngstown, Ohio.

In August, 1979, Hollis and her mother were walking through downtown Youngstown when her mother spotted an armed forces recruiting office and confided that she’d always wanted to join the military. It was the first time her mother had ever mentioned it and the two talked about what life could be like in the military.

“She walked me into the recruiting station and I enlisted that day,” Hollis recalled. “After Basic and Advanced Individual Training, I thought, ‘I’m staying in the Army forever.’”

Forever turned out to be 28 years, during which time Hollis changed career fields from a traditionally female field to take advantage of new opportunities for women. What she enjoyed most was taking care of soldiers, empowering men and women under her command.

Hollis, an African-American, was born in Tuskegee, Alabama in an era of great social movement. She entered the Army during a time of huge debate over whether women should serve in combat units. Women had only recently begun serving in the regular Army, instead of the Women’s Army Corps. The U.S. military service academies had only admitted women three years prior to Hollis’ enlistment.

More doors began to crack open for women. In the 1990s, numerous opportunities became available for women to serve in combat arms units, and Hollis took advantage of a career advancing opportunity by switching her career field from Administrative to the heavily male-dominated Air Defense Artillery.

In recognition of her ceiling-shattering achievement, the Army Women’s Foundation inducted Hollis into its Hall of Fame in March 2018.

“I do truly feel honored. It just seems so unbelievable,” Hollis said.

Hollis’ mother didn’t live long enough to see Hollis inducted in the Hall of Fame. But she shared in the achievements each step along the way, leading to and including Hollis’ historic command achievement that elevated her to the Foundation’s Hall of Fame.

“Air defense artillery was very male dominated,” Hollis said. “The fact that I was able to move up through the ranks in this particular field was as important as being the first female command sergeant major of a combat arms unit.”

By the time Hollis retired from the U.S. Army in 2007, she had served in leadership and staff positions including Chief of Staff and Faculty Development, Operations Sergeant Major and First Sergeant. Her military education included Advanced Noncommissioned Officer Course, Battle Staff Course, First Sergeant Course, and the United States Army Sergeants Major Academy (Class 51). Hollis received the Bronze Star for her service during Operations Enduring Freedom and Iraqi Freedom.

Hollis didn’t set out to be a history maker and she still doesn’t view her achievements in that manner.

“I don’t feel that special because I think we were all doing great things for the world, for the country,” Hollis said.

Her uniform long since hung up, Hollis still is part of the Army family. Today, Hollis is an associate professor in the Training and Doctrine department at the U.S. Army Sergeants Major Academy, where she empowers men and women and stresses the values of leadership:

“Be a leader of character where your qualities and behaviors distinguish you as a noncommissioned officer and professional,” Hollis said. “Education is important, open your perspective to greater possibilities. Appreciate what the people in your organization bring to the table, empower them.”

“I’m just trying to be the best that I can be,” Hollis said.