After Serving 10 years in the U.S. Army, this Scholar Continues to Give Back 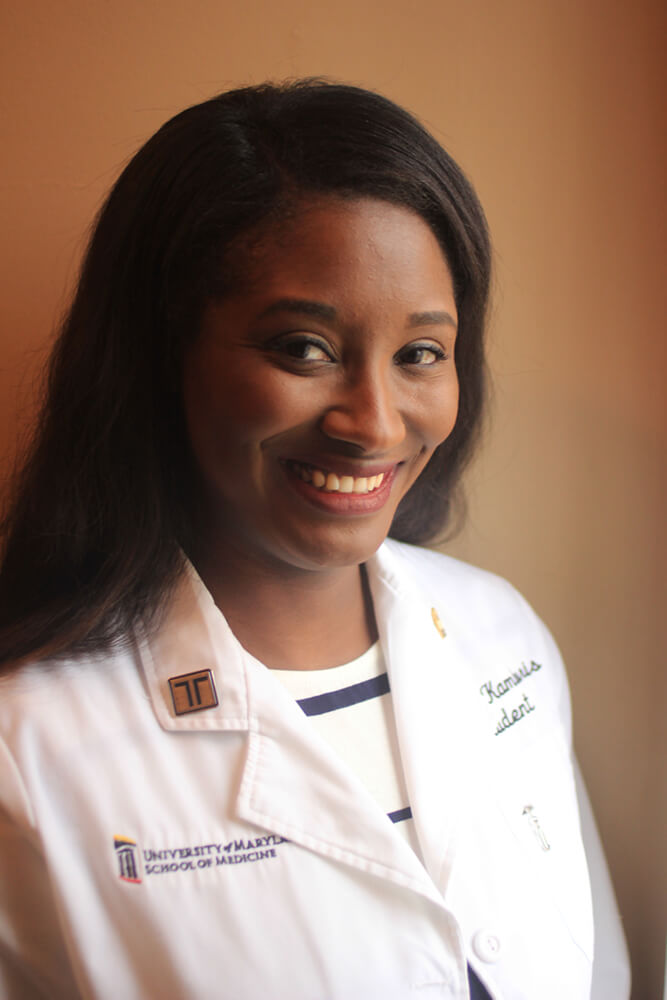 Meet Army Veteran Adrienne Kambouris, a wife, mother and medical student, who measures her own success based on whether she helps other people. Adrienne is one of the 34 Legacy Scholarship recipients your donations support in the 2017-2018 academic year.

Ever since she was eight years old, Adrienne dreamed of becoming a doctor. But growing up in an inner city, single-parent household, she lacked mentors who could guide her on her path, and her mother lacked the funds to send her to college. So she enlisted in the Army to earn the benefits that could help her pursue her goal. At the time, she didn’t understand how much the Army would affect her life.

“At the beginning of my time in the Army, I was unsure of what it meant to serve. I was excellent at my chosen MOS, 33W now 35T [Military Intelligence Systems Maintainer/Integrator], and earned accolades based on my successes. Yet I recall one moment early in my career that I changed from an individual to a member of the greatest force on earth. I had just returned from my first deployment to Iraq, 12 long months of heat and sand after seven hard months in the mountains of Korea. I felt that I had served my country to the best of my abilities and I was set on separation. My unit was preparing for a second deployment but the platoon’s maintenance section was very short on personnel. I knew that the unit would not be successful with the number of personnel that was assigned at the time. I reenlisted, quieting the voice of the eight-year-old girl with dreams of becoming a doctor. While I joined the Army to reap crucial benefits, I learned that the greater good is more important than self. I utilize this lesson today in dealings with my family and fellow students,” Adrienne said.

Adrienne served 10 years in the Army before separating to pursue her lifelong goal of becoming a doctor.  During those 10 years, the meek teenage girl who entered the Army grew to find her voice and become a respected leader and mentor. After her military service, she graduated from Augusta University with honors in Cell and Molecular Biology and Chemistry. She now is an M.D./Ph.D. student at University of Maryland School of Medicine in the Medical Scientist Training Program. Through a university program, Adrienne — who as a child and teen had no mentors to help her find her path to medicine — mentors middle school students who show academic promise but attend at-risk schools. She also coordinates a mentoring program for high school students to expose them to the medical field and prepare them for submitting college applications.

Her initial interests in becoming a doctor have matured, too. She’d always loved the mechanics of the body, and the idea of solving medical mysteries. But it wasn’t until she shadowed at Dwight D. Eisenhower Medical Center at Fort Gordon, Ga., and met patients that she understood the real impact of practicing medicine.

“Being a doctor became something more than simply solving medical mysteries and diagnosing biomedical problems once I was able to see the patients,” Adrienne said. “The symptoms are no longer faceless puzzles, but names, personalities, and families. In the coupling of science, empathy, mystery and passion, I have found the subject for my future: people in need.”